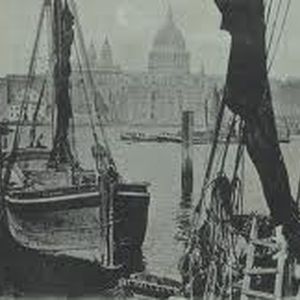 London’s Lost Waterway. An Archaeology of Wherries and River Stairs on the Tidal Thames
Public transport is a major challenge in any large town, and London has tried many different solutions over its long history. With your support, Thames Discovery Programme want to rediscover how the Thames was once used as a major transport artery by its inhabitants, before the age of trains, tubes, buses and cars. In the late 16th century, some 2,000 river taxis (‘wherries') plied for hire on the Thames: by 1725 that number had increased to 15,000. In this period it is recorded that there were at least 88 regulated landing places on the river bank in the London area, the equivalent of today’s busy bus stops and tube stations. But what did they look like? Most comprised a river stair or jetty, with a causeway laid out over the foreshore that allowed passengers to board the boats at any state of the tide, high or low.

A project in British Archaeology, in London, UNITED KINGDOM, by Thames Discovery Programme wants to document London’s famous waterway in an age before endless cars, bridges, buses and over-crowded trains, to rediscover a time when Londoners routinely took to the river to get around their great city. 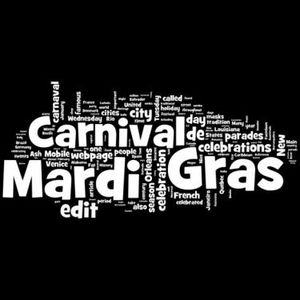 Mardi Gras
Fat Tuesday is upon us and pancakes are there to be eaten!

Mardi Gras" /ˈmɑrdiɡrɑː/, "Mardi Gras season", "'Fat Tuesday'" and "Carnival season", in English, refer to events of the Carnival celebrations, beginning on or after the Epiphany or Kings day and culminating on the day before Ash Wednesday. Mardi Gras is French for Fat Tuesday, referring to the practice of the last night of eating richer, fatty foods before the ritual fasting of the Lenten season, which begins on Ash Wednesday. The day is sometimes referred to as Shrove Tuesday, from the word shrive, meaning "to confess." .An ancient Catholic tradition.

At Burrows Little, cinnamon, sugar and lemon on huge pancakes are the order of the day.
5th Mar 2014 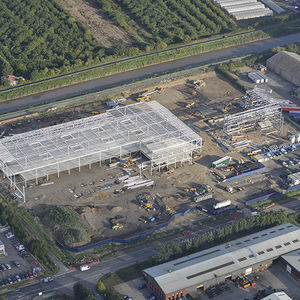 The Light on The Fens, Wisbech
Construction of the Tesco and The Light Cinema development marches on despite the shocking weather! External shell works almost complete. Now for the internal fitouts and a pre-summer opening. Ian Little, Director of Burrows Little is leading this project for our companyand we're all looking forward to the official opening.
3rd Mar 2014 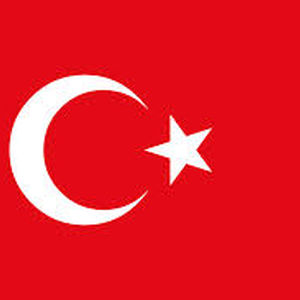 Turkey
Burrows Little are looking closely again at Turkey for various development opportunities primarily in the lesiure and retail sectors. However these words from the FCIA regarding developments in Turkey are not encouraging.

"Jitters in financial markets battered the Turkish stock market and sent the lira, to historic lows. While Turkey has been affected by the change in investor appetite noted above, its problems go beyond that to basic questions about the stabili- ty of the government and its ability to grapple with the economy’s problems.

Until a year ago, Turkey enjoyed a decade of economic stability and growth, with per capita income doubling and the stock market returning 900% in local currency terms. Gross domestic product rose from $230bn in 2002 to $800bn today. However, Turkey’s upward trajectory has been hurt amid signs of political instability and a sharp fall in share prices. The country has suddenly become associated with volatility and uncertainty. The lira has lost 30% of its value against the dollar in the past year. As the environ- ment has changed investors have reassessed their attitudes toward Turkish country risk.

Much of the investment into Turkey for more than a decade is rumored to have been funneled to political ‘insiders’ who made fortunes while building malls and other developments that lacked sound economic underpinnings. Now, with bond investors fleeing and interest rates rising, the economic turnaround appears in jeop- ardy of unraveling amid fears of bad loans and accusations of cronyism. GDP growth has slowed to 1.9%, well below the 4% targeted by the gov- ernment. With inflation above 7% (exceeding the Central Bank’s (CB’s) 5% target), and the lira falling, the CB finally acted to aggressively raise interest rates. They went further than most expected by more than doubling the weekly repo rate from 4.5% to 10% and pushing up the over- night lending rate to 12%. The lira regained some ground once the rate increase took effect but was unable to maintain its gains. The CB indicated that its new tight monetary policy stance will be sustained until there is a significant improvement in Turkey’s inflation outlook.
Prime Minister Erdogan has long opposed interest rate increases, which he links with an ill-defined “interest rate lobby” he believes is trying to suck profits and growth out of Turkey. However, his finance minister cautioned that while the interest rate increase will affect growth to some extent, the loss of credibility implied by a continued slide in the currency would have done greater harm. Until a year ago, Turkey enjoyed a decade of economic stability and growth, with per capita income doubling and the stock market returning 900% in local currency terms.

Turkish companies are heavily exposed to the devalued lira, since there is only a small lira bond market in Turkey. Therefore, Turkey’s net corpo- rate foreign currency liabilities are very high at $167bn and bankers say some companies have already started renegotiating loans. For Turkish banks, the rate increase will have a direct impact, hitting both profitability and their balance sheets. In the current environment, banks will be increasingly cautious about who they lend to and how long they lend for, with knock-on effects for the economy, particularly for the construction sector, which has provided many of Turkey’s new jobs in recent years.

The country’s business climate is unsettled, amid a deepening corruption probe into people close to the government. The head of the largest busi- ness confederation believes foreign investment will be stymied by the ongoing investigations. In the latest developments, two of the original pros- ecutors in the corruption probe were removed from their posts and the assets of a 30-year-old Iranian businessman, accused of bribing Turkish ministers of government, were frozen. Despite general praise for the central bank’s bold move on interest rates, uncertainty will act as a restraint on investors’ willingness to impart fresh cash into the Turkish economy. Turkey’s biggest challenge is its historic reliance on foreign capital inflows to fund its large current account deficit. With some 80% of that deficit financed by short-term capital inflows, dwindling net foreign reserves [$29bn] and the unpredictable political landscape have created more concern.

Concerns of economic/political instability and higher interest rates come at an inopportune time for the Prime Minister, as he and his Justice and Development Party, known as A.K.P., face a series of elections over the coming months. Local elections in March, and especially the contest for the influential post of mayor of Istanbul, will be the first test. Mr. Erdogan is Turkey’s longest-serv- ing prime minister and has been in power for more than a decade. Some analysts say that he is Turkey’s most important leader since Mustafa Kemal Ataturk, the secular founder of modern Turkey. He owes his staying power atop the political system to his stewardship of the economic boom that elevated Turkey to the global stage. Now it appears that the boom is over."

Iraqi Kudistan
Director, Ian Little visited Sulaymaniyah and Erbil to assess a number of development sites for a major client. While much of Iraq has been plunged into the worst sectarian violence since 2008, life in the semi-autonomous region of Kurdistan continues in relative peace. The past year has seen various stand-offs between the government in Erbil and Iraq’s federal government in Baghdad,but the oil-rich Kirkuk province provides great financial opportunity for investors and the Kurdistani governors. Su;aymuniyah's wealth provides exceptional opporttunities for retail, mixed-use and residential development. Watch this space.
3rd Feb 2014